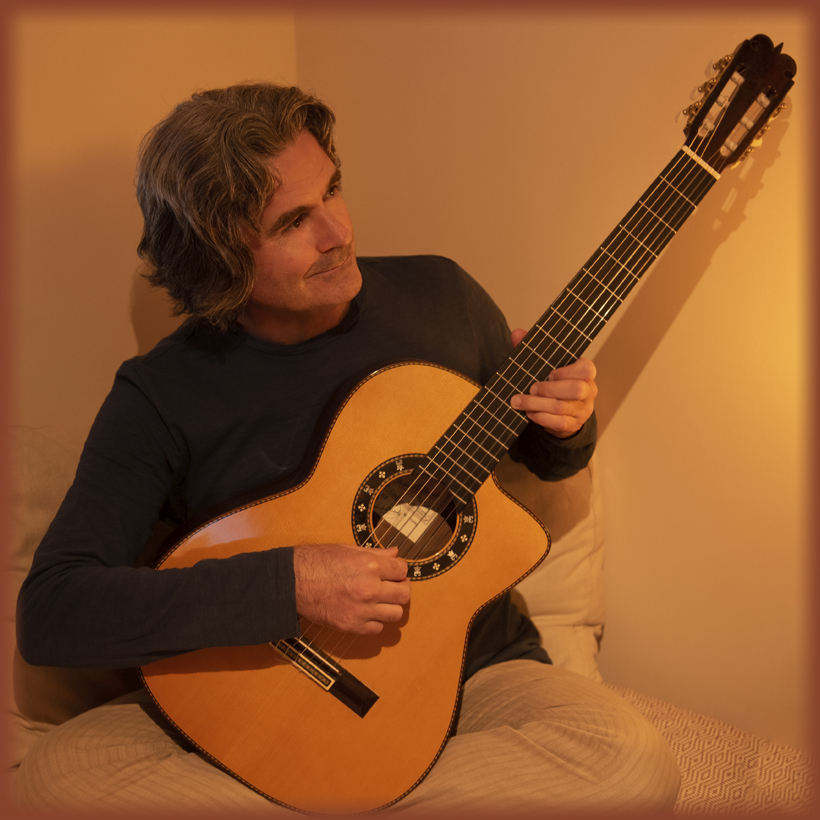 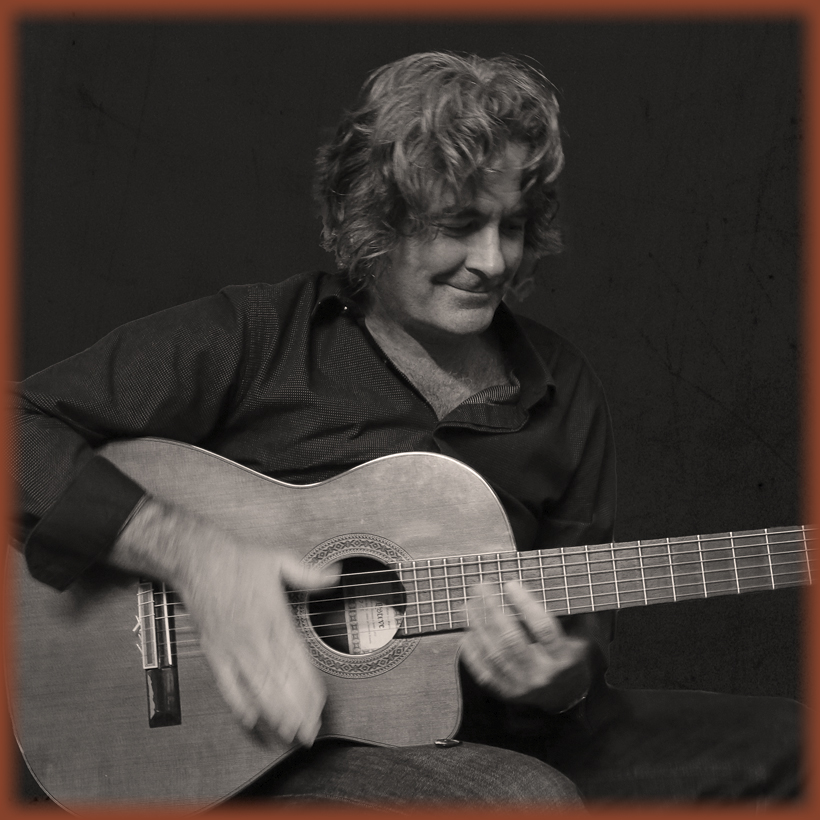 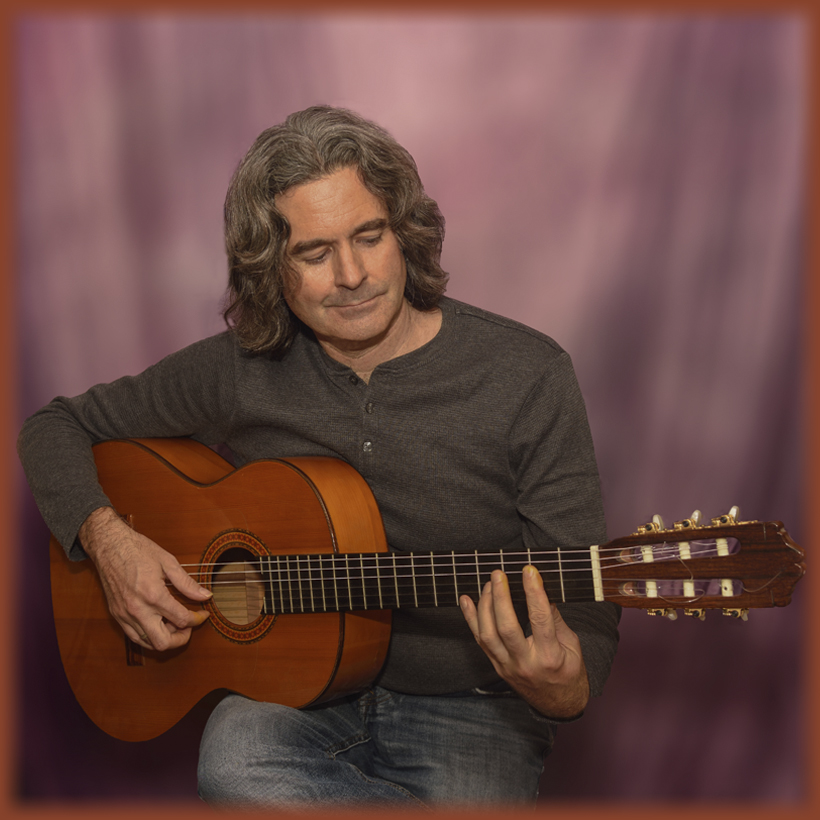 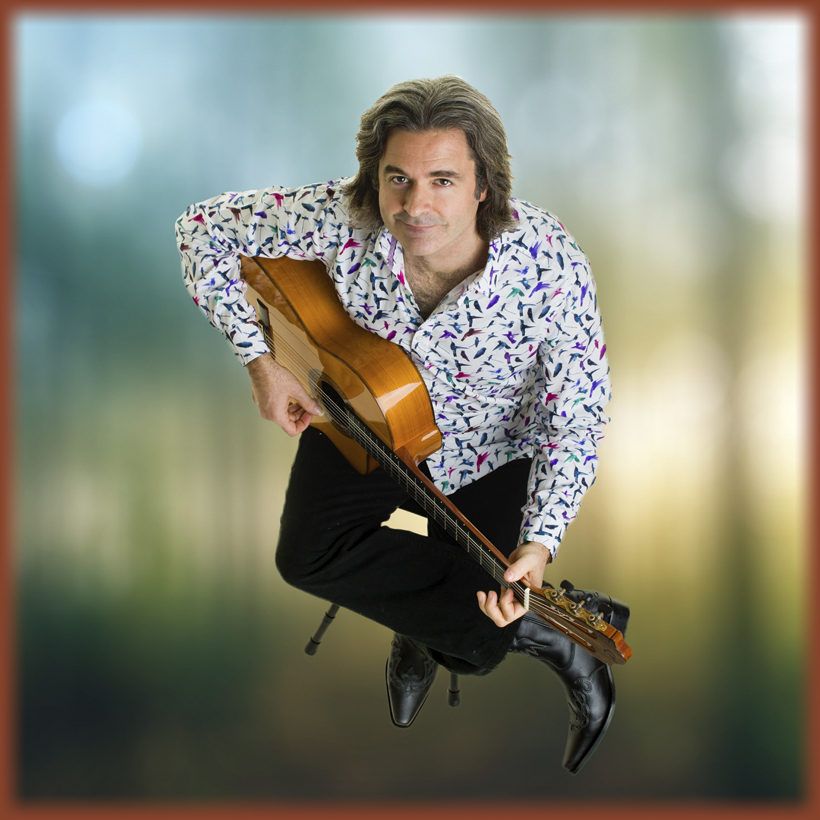 Mark is a professional Spanish guitarist based in the South West of the UK. His experience of live performances spans over 35 years. His repertoire includes Latin, contemporary and world fusion as well as traditional Spanish guitar pieces.

Mark is a dynamic live performer; available for weddings, concerts, parties, corporate functions or any other special occasion. Call him on 01503 230832 or 07970 052329 to discuss your individual requirements.

Mark's latest release, "Guacamole" can be streamed or downloaded here right now, or you can watch the video below.

"Mark did a benefit concert for Viva! in April '22. I was thrilled he agreed to do this because I'd heard him live and thought his playing world class. The concert was sold out and he was, as always, superb. Mark's performance was spine tingling - him and his guitar are one and I was again spellbound by his music."
- Juliet Gellatley, Founder and Director of Viva!
"Now that is beautiful" (Mark's "While my guitar gently weeps" cover with Tamsyn Berry on vocals)
- Richard Green, BBC Radio Devon

"In my view I rate Infinitus by Mark Barnwell as his best work so far, the artist has taken a lot of time and care on this project and it clearly shows, the addition of quality musicians on the release creates a wonderful colour and musical dimension to an already classy album, and this has to be the best acoustic release of the year so far with ease, easily one to recommend and even easier to listen to again." - One World Music
"This music transports you to another world, and does so with some excellent musicianship and captivating song structure. Barnwell's style is very traditional, but his speed and lyrical poise adds a nice bit of flash at times." - Dr. Music

"On his 2016 CD Mandala, guitarist and composer Mark Barnwell has shaped a fascinating instrumental guitar album that is a musical homage to the timeless Nuevo Flamenco guitar style and brings the guitar sound forward into the new millennium."
- MWE3.com
"This is a record that puts your rear end in a first class seat and transports you to an entirely different world. It may not always be the taste of sangria on my lips after going on this journey, but it is definitely something very unique and oh so tasty."
- Dr. Music
"Mark Barnwell's new CD Mandala is evocative, soothing and a beautiful healing work of art. A collaborative composition of world class musicians orchestrated to a superb level. Each piece is a Safari for the Soul, a voyage transcending you to a beautiful exotic place. To follow your passions is to buy Mandala."
- Amazon.com
"Mark, a virtuoso joined by top notch musicians (including the members of Incendio), takes us on an enchanting musical journey. The impeccable guitar playing and percussion are beautifully complemented with strings, keyboards and winds. Invaluable to everyone's collection!"
- Amazon.com
With ten memorable original instrumental compositions, Mark Barnwell's Mandala features some of the finest Nuevo Flamenco guitarists recording on the planet today.
- Robert Silverstein, MWE3.com

"Mark Barnwell is certainly talented and respectful of that talent, he has a skill though, that in music is quite rare, he has the ability to create great musical imagination and wonderful vistas through his performance and his skill as both a musician and composer"
- One World Music
"Mark's guitar performance is very mature. He plays clearly and convincingly. Besides the excellent technique, in his music there is his emotion, his passion, his heart."
- Viktor Mastoridis (BBC)

"Immediately I was blown away. Great guitar sounds, great production, great compositions. This is really top-notch stuff. Easily as good as anything else out there in the genre."
- Jim Stubblefield (Incendio)

"This man can make a guitar sing"
- John Govier (BBC) 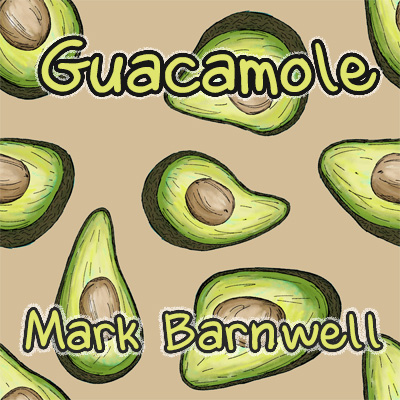